Westbury, N.Y. - October 24, 2019 - On Thursday, October 24th, Colleen Merlo, Executive Director of L.I. Against Domestic Violence was honored as one of the 50 women from across Long Island at the Long Island Business News Top 50 Women in Business Awards at the Crest Hollow Country Club in Woodbury. Since 2000, the Top 50 Women in Business program has recognized the Island's top women professionals for business acumen, mentoring and community 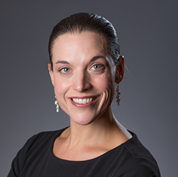 involvement. The program's honorees are selected by a judging committee and represent the most influential women in business,  government, and the not-for-profit fields.

Colleen Merlo has worked for more than 20 years in the not-for-profit sector, focusing on issues of violence, gender equity, mental health, and poverty.  Serving as the Executive Director of L.I. Against Domestic Violence since June 2014, her visionary leadership has increased capacity and broadened the agency’s ability to respond to the changing needs of L.I. through innovative programs, like the first pet-friendly shelter for domestic violence victims on Long Island.

Previously, Ms. Merlo was the Executive Director at the Mental Health Association in Suffolk County, where she provided direction to drive the mission and vision.  Ms. Merlo’s strength in building effective collaborations, her advocacy and tirelessly efforts to bring public attention to the issues facing Long Island’s most vulnerable, have greatly enhanced the effectiveness of local programming. Ms. Merlo is a dynamic leader, one whose poise, grace and forcefulness coexisted concurrently.

Ms. Merlo has written articles and been interviewed by local newspapers, radio and television stations as an expert in the mental health and domestic violence field.  She has a strong background in advocacy and works tirelessly to bring public attention to the issue of domestic violence. Colleen earned her Master of Social Work degree at SUNY Stony Brook’s School of Social Welfare.  Ms. Merlo is a past Co-Chair of the Suicide Prevention Coalition of L.I.  She serves on the Board of the Health and Welfare Council, the Association for Mental Health and Wellness and on the Suffolk County Family Violence Task Force, chairing the Prevention Sub-Committee.

L.I. Against Domestic Violence provides a range of services to help victims and survivors of domestic violence and can be reached 24 hours a day. If you or someone you know needs help-contact us 24 hours a day, 7 days a week at 631.666.8833.