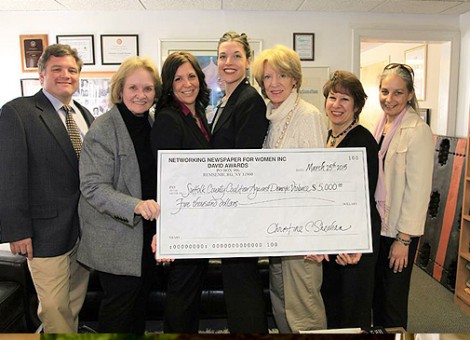 As the Long Island news source for in-depth profiles of leaders in the arts, education, technology, finance, business, not-for-profits and health care, Networking® advances key issues affecting Nassau and Suffolk counties.
For 25 years, Networking® Magazine has been a leading resource for who’s who and what’s what on Long Island. And, since 2007, what’s green.
Our popular David Awards Breakfast, celebrated each January for the past 14 years, has become the traditional kick-off networking event for the Long Island’s business year.

Thank You to The Town of Babylon
SCHUMER, GILLIBRAND ANNOUNCE $425,000 TO SUPPORT DOMESTIC VIOLENCE SURVIVORS IN SUFFOLK COUNTY